It’s so funny that this was just the word of the day. I was too tired to blog about humblebrag, because I was completely worn out from running ten miles in the 62 mile Sawtooth Relay through rain, snow, sleet, and hail.

I’m cracking myself up because I can’t even humblebrag about the race. Or maybe this is just a really humble humblebrag. I had to walk a little bit during both of my five mile legs. I think I went slower because of the nine roasted marshmallows and two s’mores from the night before. We had fun though, kind of. We woke up at 3am after a night listening to the rain pound our tents. Intense. The rain and snow continued and I never saw the Sawtooth mountains. When I said I would do this relay, I pictured the sun rising and hitting the dramatic Sawtooths in an overwhelming way. I imagined it being this epic feeling of, “you are running ten miles today in the most beautiful place in the world.” Instead, many times, I thought, I paid to do this. Who in their right mind pays to do this??

Runners passed me often while saying, “Good job!” and probably then mumbled, “but I’m doing so much better.”

My thumb kept going numb because of the cold and I tried to run with my hands in my jacket pockets which looks completely ridiculous. I choked on my own spit at one point and coughed for the next few miles.

But to be honest, as I was giving high fives to my teammates after my first five miles, I was elated.

“Like I want to go to Disney Land! But instead of have to run five more miles.” 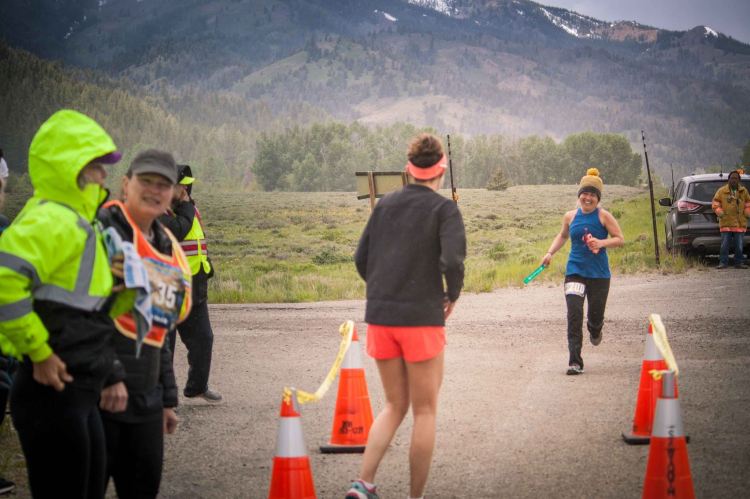 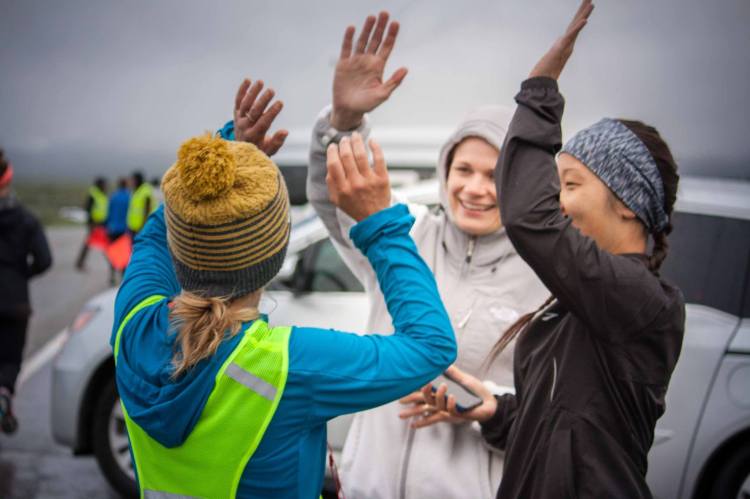 The girls that made up team “Buns of Glory” were awesome and after a couple beers and fifty French fries, I’m afraid I told them I would do it again next year. Ooops.