Milford Sound was on the top of my “to see in NZ” list. That would rhyme if “z” wasn’t pronounced “zed” here. When you Google image search New Zealand, Milford Sound overwhelms the page. It’s a beauty that is so unreal, it’s almost stupid. We chose the company Go Orange for our two hour tour because it was the longest one for the smallest amount of money ($50), my favorite color is orange, and most of all, it came with a free BLT. When we entered the boat, we were surrounded by people around 25-30 years old in bright orange raincoats that looked happy to be there and happy to be around each other.

I walked on and said, “I’m not here for the views, just for the free BLT.” The beautiful blonde crew member around my age and nowhere near my height smiled and winked. The boat had three stories of seats, and we chose a booth next to the captain. When he walked by, Kasey said, “Mornin’, Captain.” He looked behind his shoulder as if to say, Who you callin’ Captain?  Then he smiled, “You’re right.” He invited us to come check out the control room. “Two at a time only,” he said. Kasey and Caroline (Caroline is our lovely friend from Ireland that we’ve been traveling with for the last two weeks or so) went first while Brittany and I took photos on the deck.

Later on I approached and asked, “Do you need a coffee or anything, Captain?” His eyes widened, “Why, yes! I ordered one from Chris over half an hour ago!”

I walked downstairs and slammed my fist (gently) on the bar, “The captain is thirsty! He’s been waiting over half an hour!” I smiled big and the guy in orange looked confused yet entertained. He quickly made a coffee for the captain, I thanked him, and then returned later for my own coffee.

It was extremely cold and sometimes wet, but what a dream Milford Sound was.

The sounds of Milford Sound

The espresso machine warming up

The laughter and jokes between the captain and the crew 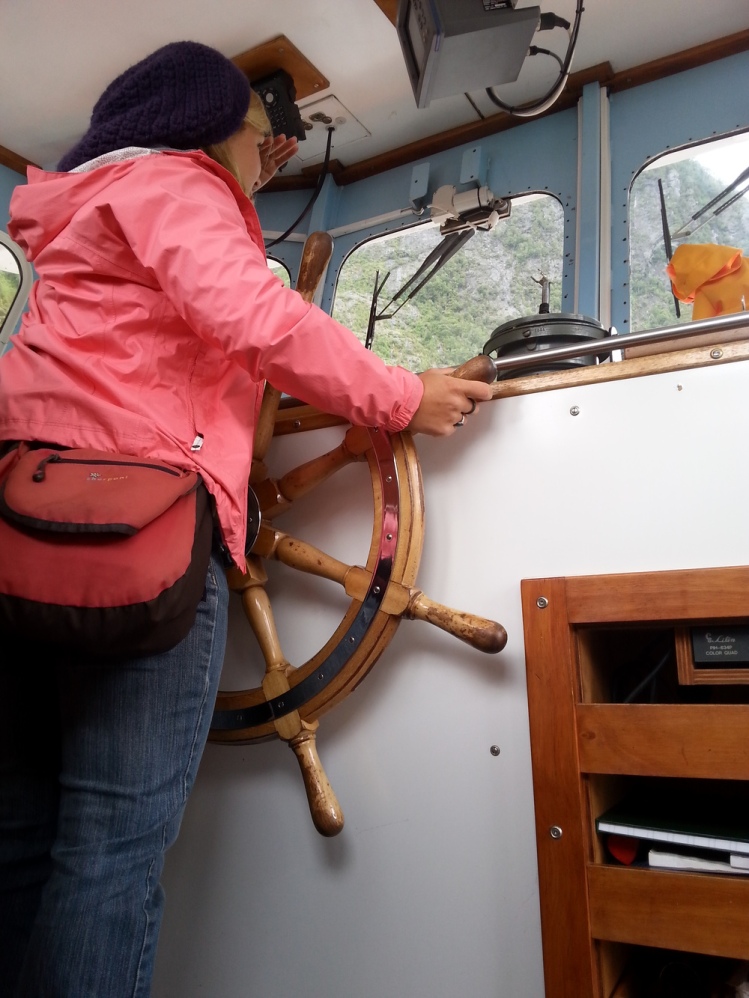