Some people make time at the Laundromat enjoyable. I feel like that’s when you know you’ve got a nonesuch on your hands and you must do all you can to keep them around. Dwayne and I really hadn’t spoken or spent time together since 2005 in college.

Then maybe six months ago, he sent me a song he wrote. I listened and blushed. He had noticed, remembered, and written a song about the things about myself that I liked. I played the song for Mindy and she said, “Whoa, he really gets you, girl.” We sent very casual messages for a while until all of a sudden, we were talking daily. Turns out, I thoroughly admire the person he’s become. We’re both very different than we were back in college, but in a good way in my opinion.

One night before my trip I mentioned, “You should do the long drive from NC to CA with me.” He said, “Sure.” He meant it and we’ve been “living the dream” since. He’s tall, dark, and handsome. And thoughtful and sincere.

Valentine’s Day was one for the books. We woke up in my new tent next to the Pacific Ocean, hiked through the redwoods then down to the coast, enjoyed spam lettuce wraps, and then met Oregon at sunset. I’m not sure it could get any better. Oregon is perfect. A real nonesuch of a state. I told Dwayne I wanted to live here because the license plates are so cute. 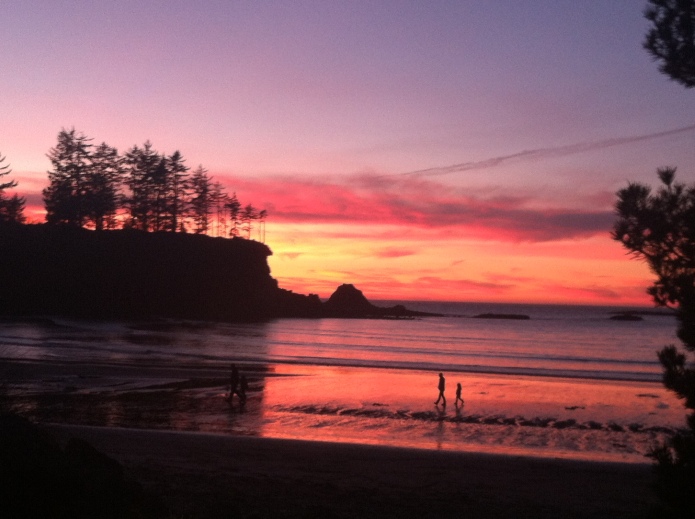 One thought on “nonesuch.”