Skip to content
\MAH-nuh\, noun;
1. A generalizaed, supernatural force or power, which may be concentrated in objects or persons.
2. An ancient kingdom in Iran, in Kurdistan.
Bang-a-rraaannnnggg!!
If Peter Pan was not full of supernatural power, then I am Tinkerbell.  I met Peter Pan in Thessaloniki, Greece a few years back.  He was as beautiful as you’d imagine.  I was drawn to him.  Some children grabbed my hands and hung on my shoulders, but not Peter.  He was independent and I could tell upon my first meeting, that he was special.  His eyes were deep and full of something mysterious.  Neverland and Hook perhaps.  Peter’s hair was as dark as his dirty bare feet and it stuck up in every direction, not in a messy way, but in a free spirited kind of way.  His mana was beautiful and I shall post a picture so you can grasp half of his glorious appeal. 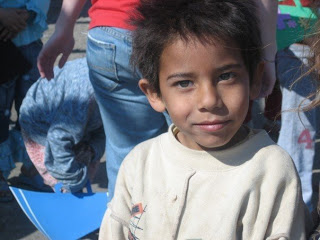