Our huts are on a gravel road 12 km from the nearest town, yet an entrance to the famous Goldie Bush Walk is on the same gravel road we’re staying on. There are waterfalls, views of West Coast beaches for miles and miles, and cool native trees. Every day over breakfast we talk about what our day might hold. We knew we’d need around four hours to do the hike right, and we’d either be at the surf school too long or have plans that evening and not be able to fit a hike in.

This morning the surf school was empty so we packed peanut butter, rice cakes, my Dolly Sandybanks knife, our cameras, and hit the trail.

It was undoubtedly one of the coolest adventures I’ve ever been on. The native trees and plants looked fake, like decorations on the Congo River Rapids ride. In fact, the whole tramp looked like a theme park, in a good way. We spoke about how maybe all of New Zealand is a theme park. They make their money by taking the food you bring in, mostly because they want you to buy their outrageously priced food.

There were bright orange arrows to mark the “trail”. So many people missed these arrows that there were paths worn from going the wrong way. Most of the time when we did see an orange arrow, we’d tilt our heads a bit, scan  the area, look at it again, and say, “Hmmm.” It was awesome. We were on a scavenger hunt for a waterfall that we might never get to, in a land that was totally surreal. My favorite arrow just pointed up. We crossed the river (my boots are not river waterproof, it seems, just rain waterproof) and then climbed a huge rock. We were up boulders, down sludging through the frigid river, falling in quicksand-like mud, laughing our heads off, and constantly saying, “Did we miss an arrow? This can’t be right…”

What was so cool is that it usually was right. We really were supposed to tackle some crazy obstacles. It was the kind of adventure you want to send a kid on because you know it’d thrill their hearts so greatly. I was constantly thinking things like, “this is a treasure hunt or a reality show” and “is my passport waterproof?” We carry them with us most of the time since our huts don’t lock or even shut all of the way. I started the hike in jeans, boots, a long sleeve shirt, another shirt on top, and a rain jacket. I ended in my bikini and hippy headband. And boots. It was a sight. I fell in the river and in the mud and on solid ground. We were filthy and so happy. 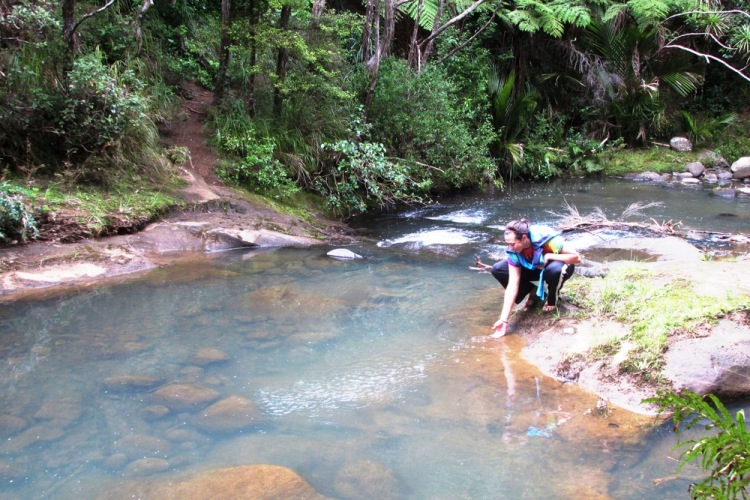 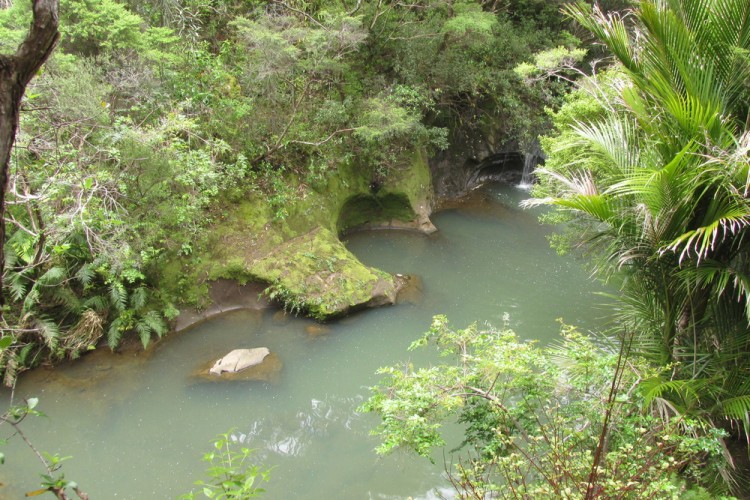 The waterfalls at the end were beauties. No one told us there would be two, so it was a nice BOGO situation. We gasped and gawked while we ate our rice cakes from the top of a rock, next to our soaking wet clothes and shoes we tried to dry out. 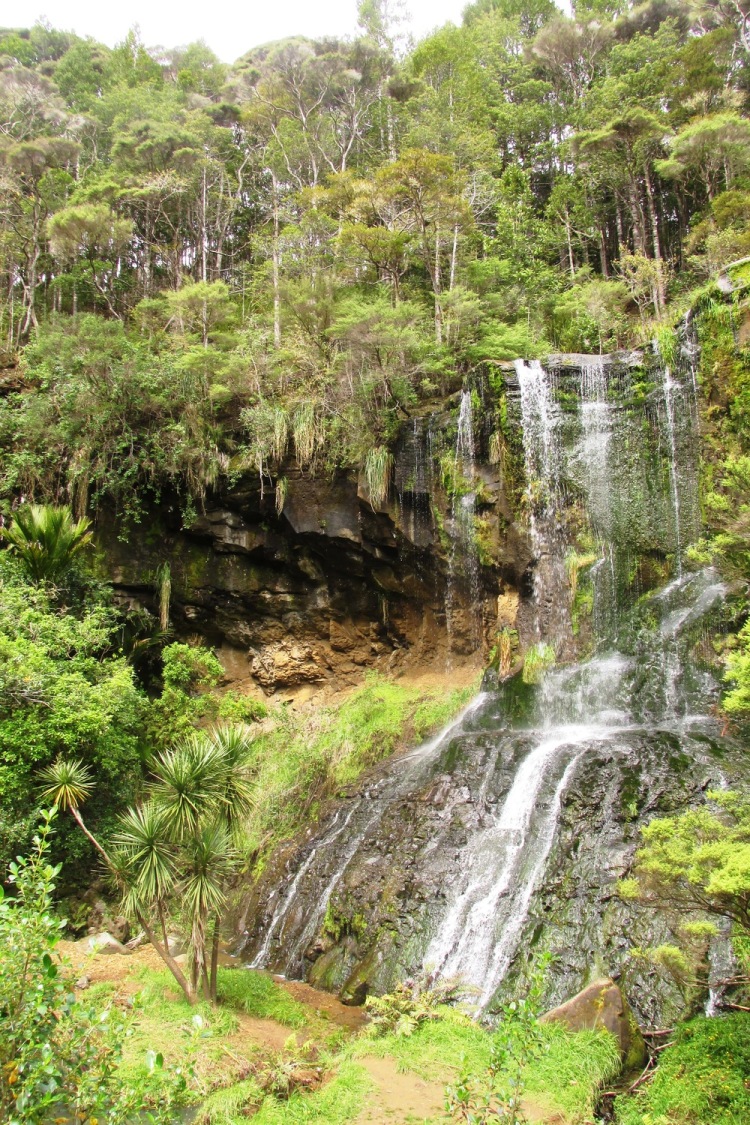 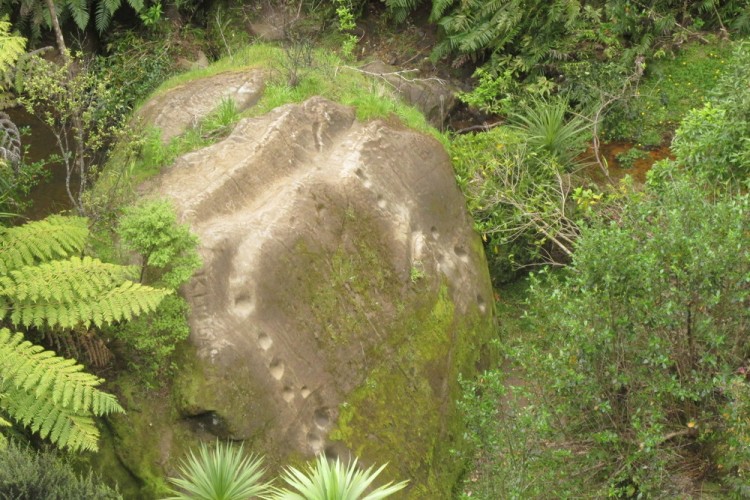 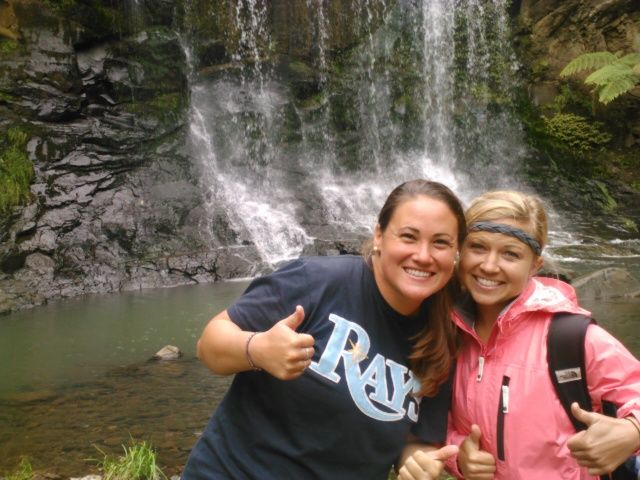 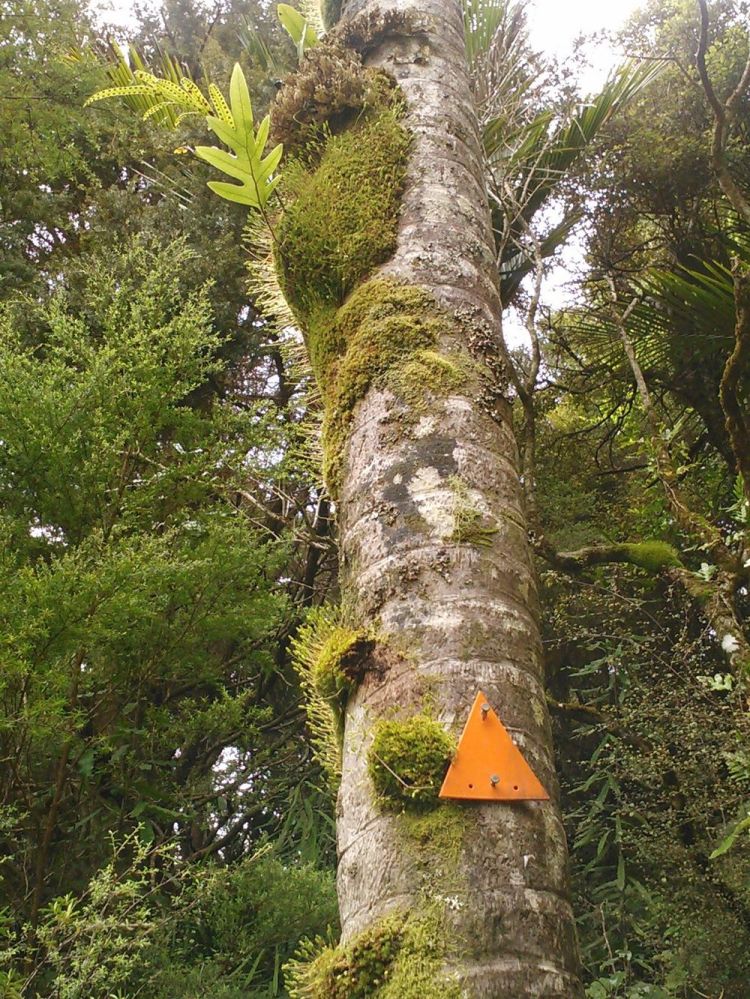 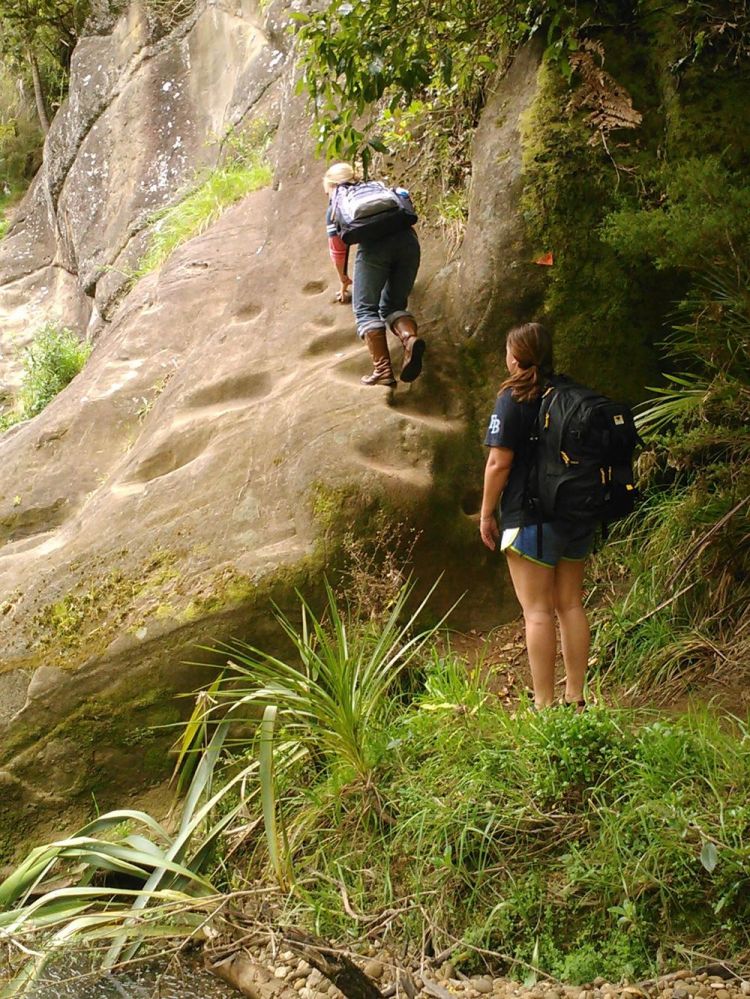 I wish I could say the way back was as pleasant. We were to take the boring path because of time and there was a sign that pointed us in one direction, then there was a fork in the road, so we chose left. We ended up on a gravel road, but not our gravel road. We walked for about 20 minutes, saw the karma llamas, which must seek to reward or punish you depending on your actions, and finally saw a car and the man said, “Ah, Constable Road is a 40 minute drive from here.”

We looked at each other, tilted our heads, scanned the area, looked back at him, and said, “Hmmm.”

So we turned back, walked the 50 minutes back to the fork in the trail, took the right way, and guess what? It took us to the original trail. We then took another trail from the wrong gravel road and 3 hours later, we were home. So I’d say we had a six hour adventure and four of the hours were pure delight. The theme park type forest got a bit creepy toward nighttime. And walking in wet leather boots is not the ideal situation. Once in our huts that felt like home, we cheered and spoke of survival and had a piece of chocolate.